Do Cats Forgive And Forget?....Not According To This... 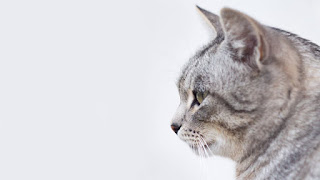 According to an article published in NYMAG, Scientists studying conciliatory behaviour amongst primates noted that animals such as chimps and gorillas often make up with friendly gestures such as embracing after a confrontation.Further studies showed that similar behaviour could be noted in animals such as goats and hyenas.

The only species that failed to show outward signs of reconciliation were our feline friends....the domestic cat!