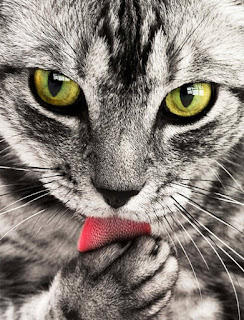 Having owned several cats over the years and run a pet business that put me in front of hundreds more, it has always been of interest to me why I was only 'allergic' to a certain few.

Other people had told me the same thing about cats that they had owned, developing an allergic reaction to a new cat is more common than perhaps some realise.

I thought I would share with you a few interesting facts that my research has thrown up over the years.