Dog Breeds That Bark The Most...And The Least 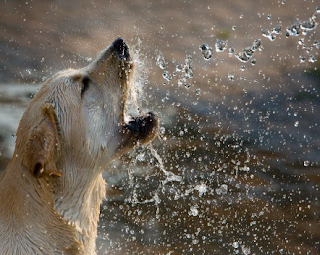 I was asked recently my opinion as to which dog breeds bark the most and gave the answer that, in my experience, smaller breeds were the most likely to bark randomly.

It set me thinking that maybe my own experiences as a dog walker, trainer and behaviorist were just that...my own experiences and studies maybe showed that in the big canine picture most dogs were given to bark randomly at around the same level.

My research lead me to a book by Benjamin and Lynette Hart The Perfect Puppy: How To Choose Your Dog By It's Behaviour in which the authors had listed the dogs that were most and least likely to bark randomly without justification.

According to the book...