Own A Cat? You Could Be Luckier Than You Think! 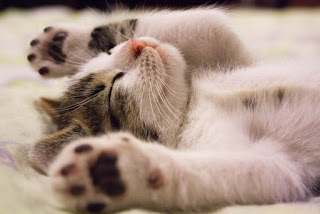 The most enjoyable part of writing about cats and dogs is being able to promote the positive aspects of pet ownership. It saddens me greatly to read about animal abuse and I often think how lucky we are that our pets offer us a never changing face in an ever changing world.

Much has been written about 'man's best friend' and to redress the balance I thought I might share with you some of the less commonly heard of benefits of owning a cat.

A UK survey asking women about potential partners showed that although both cat and dog owners scored highly in the desirability stakes a huge 90% of ladies polled said that men who own cats are 'nicer'.

A study showed that cat owners, over a 10 year period were 30% less likely to die of a heart attack or a stroke than people that didn't own a cat.

In 2002 a study was released by NIH in Maryland, USA that showed that children under a year old that were exposed to a cat were not only less likely to develop pet allergies but also a host of other allergies such as dust mites and grass.

So there we have it, our feline friends are not just cats, they're love-bringing, environmentally-friendly little creatures that are good for our health!