UK Dog Owners - Be Aware Of Adders When Walking Your Dog

Now that it’s spring and the weather is warming up, most of us will be planning some lovely long walks with the dog. Whilst out and about, it’s possible to come across an Adder basking in the sunshine as they emerge from their hibernation dens. But would you know what to do if your dog was bitten by one?

The European Adder is the only venomous snake found in Britain. They live in moorland and are fairly common in areas of rough, open countryside and on the edge of woodland habitats. Adders have a venomous bite although they are not generally aggressive and only usually attack in self-defence. This tends to be if they are trodden on or if your dog appears to be threatening them.

Adders are identified through a dark zigzag running down the length of the body and an inverted 'V' shape on the neck although some are completely black so may be mistaken for some another species.

How do I know that my Dog has been bitten?

1. Swelling at the site of the bite – sometimes two small puncture wounds are evident in the middle of the swollen area
2. Bites are most common around the face and throat which may cause breathing difficulties. Limbs are also targets so limping and swelling are other signs
3. Pain around the site of the bite  – e.g. pawing, shaking the head
4. Other signs include: drooling, vomiting, restlessness and drowsiness
5. If left untreated the dog’s condition may progressively worsen. This includes: collapse, tremors or convulsions
6. In some rare cases a dog may suffer anaphylactic shock after being bitten. The signs are quite dramatic and usually appear quickly after the injury. Signs include breathing difficulties, collapse and a rapid but weak pulse

What to do if your dog is bitten?


So if you are walking in an area where Adders inhabit, make sure your dog is under control. Knowing the signs of an Adder bite is important as well as having some idea of how to administer first aid.

This article was compiled using information from the Forestry Commission www.forestry.gov/forestry and www.vetsnow.com

Some Quirky Cat-Related Things To Know 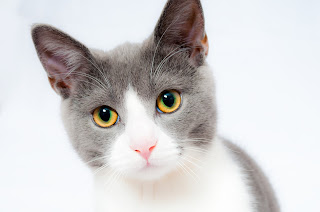 A cat called Stubbs was elected 'honorary mayor' in the Alaskan town of Talkeetna in 1998 and remained 'in charge' until his sad demise in July 2017. Stubbs lived to a ripe age of 20 years and 3 months and during his 'reign' was said to enjoy a tipple of water and catnip from a margarita glass.

Don't be surprised if you ever notice your cat going a little crazy around olives. The mystery lies in the fact that olives contain similar chemical compounds to those found in catnip and are known as Isoprenoids.

If you want to check out your cat's mood take a look at their whiskers. If they are forward or relaxed then your cat is probably just fine but beware if they are pushed back as this may indicate that your feline friend is annoyed or irritated!

A cat's sense of smell is sensitive to nitrogen and chlorinated water. Many cats also have a dislike of the scent of citrus. 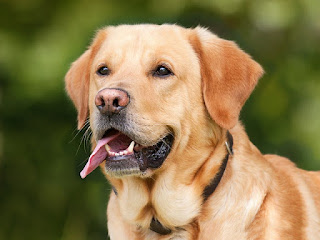 Dogs have always fascinated me, I'm often found delving through the archives, studies and surveys on canine behaviour looking to bring my readers the latest finds.

People often ask if I fear ever running out of material and after a few years research  I now answer that as long as there are dogs there will always be something new to find out about our canine friends.

Below I have put together a few quirky things about dogs that I hope you may find interesting.

Wet dogs can generate more force than a Formula One racing driver when shaking themselves and have been known to shake seventy per cent of the water off their coats in four seconds and we look for efficient ways of drying them!

Studies have shown that small dogs have more dreams than their bigger counterparts. Smaller breeds of dogs may have a dream every ten minutes or so unlike larger breeds such as the Great Dane who are likely to dream every hour.

The more wolf-like breeds have seen a resurgence in ownership in the last few years due to shows such as Game of Thrones and the sheer amount of memes that highlight them on social media. It may surprise a lot of people to learn that the Shih Tzu is a breed that is more closely related to the wolf than many other breeds!

You may have often heard how rare Pandas are. What is less commonly known is that there is a British breed of dog, the Dandie Dinmont Terrier, that is now sadly rarer than the Giant Panda.

Statistically studies have shown a third of dogs are left-pawed, a third are right-pawed and the remaining third show no paw preference. Interestingly right-pawed dogs have been shown to be bolder and more inquisitive than their left-pawed counterparts. Right-pawed canines are also statistically more likely to pass the training needed to become a Guide Dog.

If you really need any more reason to take your furry friend for a walk then it might interest you to know that research has shown that dogs are more confident exploring with their owner at their side than with any other person. 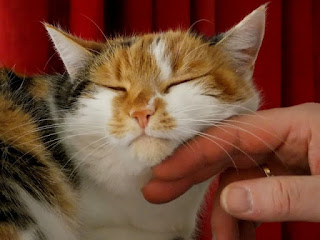 A recent study showed that cats have a definite preference as to how and where they prefer to be stroked. It's perhaps no surprise to cat lovers to hear that the survey built in an 'allowance' for the instances when the cats in the study simply walked away and didn't want to be stroked at all!

Cats showed negative behaviours when being stroked near their tails.

The study involved two groups carrying out the stroking tasks - owners and experimenters. You may be surprised to learn (I know I was) that the cats preferred the attentions of the experimenters.

The study was a small one and tested 34 cats aged between 6 months and 12 years in their own homes. The cat reactions underwent video analysis to determine the findings above and more on this fascinating study can be found HERE