This Little Known Thing Can Cause Seizures In Older Cats 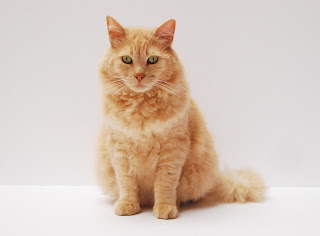 I was reading a study published in The Journal of Feline Medicine and Surgery that I thought may well be of interest to my readers with older cats.

You've possibly read about cats being spooked by high pitched noises but did you know that, in older cats especially, noise sensitivity can lead to seizures?

Until now, many older cats may have these noise-induced seizures put down to old age but research has shown that because cats have ultrasonic hearing they hear things at a pitch that can induce these seizures.

The ultrasonic hearing range of a cat allows it to hear at frequencies that a human cannot detect and it has been found that even relatively quiet and innocuous (to humans) sounds can bring on seizures in more senior cats.

What is concerning is that normal household noises such as the crinkling of tin foil, tapping on a keyboard and the jangling of keys, to name a few, can induce this condition in older cats and highlights the importance of understanding as much as we can about FARS

The research was initiated after the cat charity International Cat Care received enquiries about older cats having seizures that appeared to be triggered by noise sensitivity. After collecting detailed information from concerned owners worldwide a study was published which you can read here